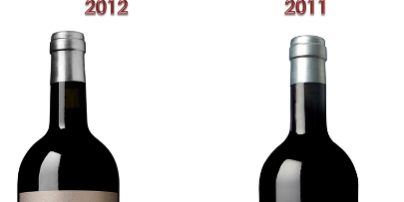 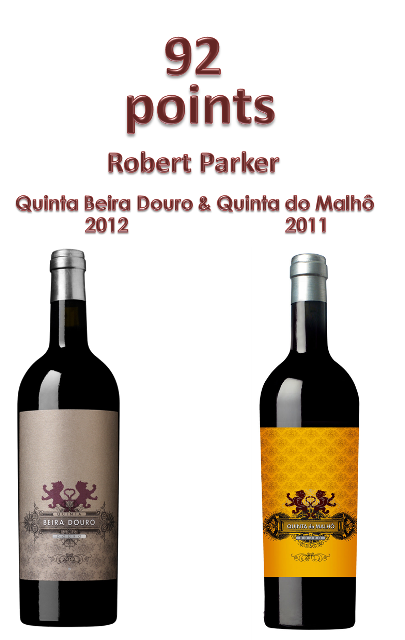 Our two Quintas, the Quinta Beira Douro and the Quinta do Malhô have been rewarded 92 points for their Grand Cru 2012 and 2011 respectively, by the famous notation agency of Robert Parker ; an impressive scoring!

The 2012 Quinta Beira Douro is an old vines (80-plus years) field blend, aged in French oak for 12 months (only 20% new). It comes in at 15.5% alcohol–somewhat surprising in this rather restrained vintage.Principal Andre Tremblay said to me, « Since we did not think that the grapes were ready, we decided to take the risk of waiting for the harvest full moon of September 30. Although we were probably the last to harvest, we believe this was the right decision as we harvested superb fruits. We are very happy with our 2012 vintage. » This lacks the focus of the 2011, but it adds a lot of rich, sweet fruit as compensation. It is a bit lusher and sexier, with a certain roasted coffee bean nuance. It handles its alcohol well. Like all of these wines, there is some tannic pop on the end, but it lessens faster here than with the Overall, this is a rather sexy wine, a little more obvious and plumper than the It certainly needs a few years in the cellar to show everything it has, but it is impressive on its own terms. To drink 2017-2027 Mark Squires- December 2015

The 2011 Quinta do Malhô is an old vines field blend, aged for approximately 12 months in French oak (only 20% new). It comes in at 15% alcohol. Beautifully structured, this has a graceful mid-palate that makes you think « finesse » at the outset, but it fleshes out and seems ever more concentrated with aeration. It tightens pretty quickly, too, but the concentrated mid-palate absorbs and balances the tannins. They never become overly severe. Focused and penetrating on the finish, this is more or less approachable now, but another year or two in the cellar wouldn’t hurt for this nicely constructed Tinto. Underneath is fine fruit that should become more expressive with a few years in the cellar. To drink 2016-2028 Mark Squires- December 2015